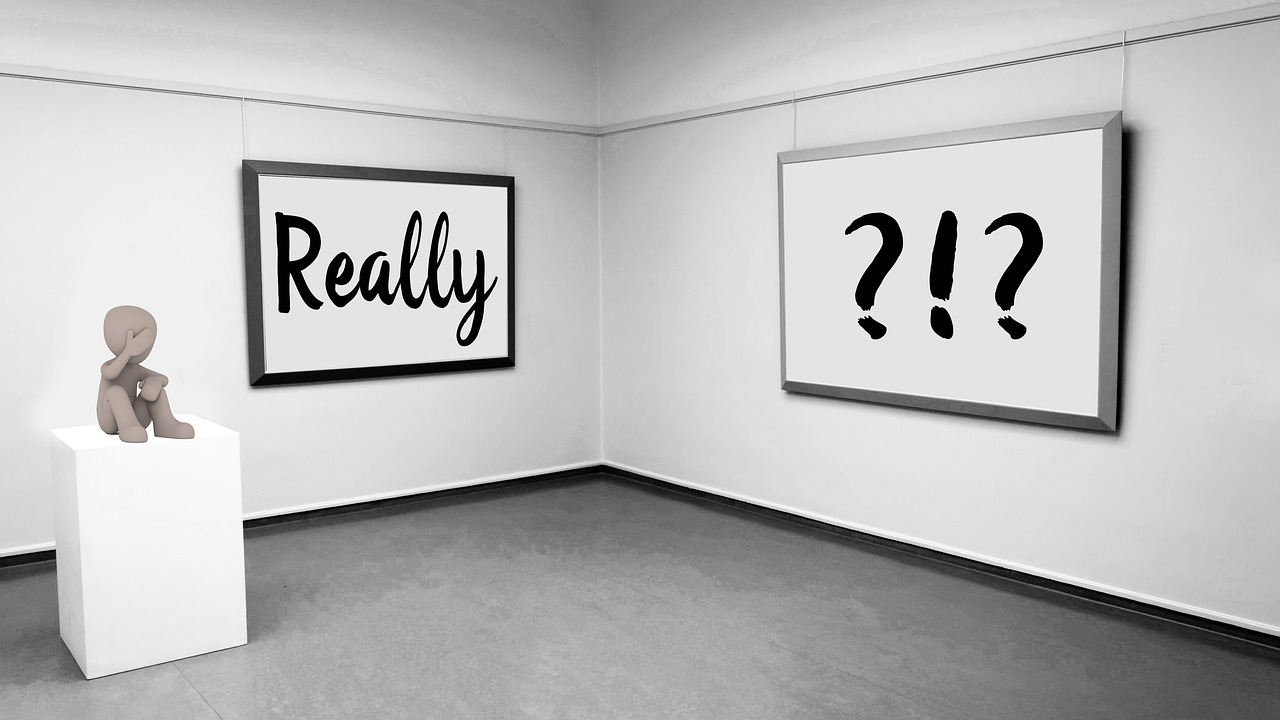 “Doubting Thomas” is not an endearing term.

It stems from the Resurrection account in John’s Gospel when Jesus, post-crucifixion, shows up in the room where the disciples have huddled. Thomas, though, is missing. When later told about what happened, he replies dogmatically, “Unless I see him for myself, I’m not going to believe” (John 20:19-29).

Note that Thomas did not respond, “Hmm, that’s interesting. I really find that hard to believe, though. How can you be so sure?”

Therein lies the difference between doubting and questioning.

One ends in a period; the other, a question mark.

Doubting implies a negative, closed response. “There’s absolutely no way Jesus could come back from the dead. End of story. The only thing that would convince me is if I see him for myself (which, of course, isn’t going to happen).”

I’d characterize this response as both arrogant and pessimistic. He’s assuming that there’s only one way to judge what’s real, and he has insights the other disciples don’t. Plus, the crucifixion of Jesus was just too gut-wrenching to make him believe in fairy tales. The crucifixion validated his view that life is destined to conclude like Jesus’ story: wishful thinking that ends with spikes and wood.

Questioning, on the other hand, is much more positive. It’s honest, humble, hopeful. When confronted with something that flies in the face of commonsense, it doesn’t slam the door. It’s stating that there very well could be more to the story, since each of us only sees things through a narrow (and biased) lens.

We turn from doubting to questioning when we have experiences that dethrone us from the universe’s center. There have been things happen in my life that defy reason. These, and similar experiences that others have had, point me to possibilities beyond my control or understanding. How could I dismiss a new possibility when my world has already been sporadically punctured by mystery?

He had seen Jesus do miracles. Healing people. Raising from the dead. Multiplying fish and bread. So why should the news of a resurrection be all that different? Wouldn’t any of these other in-your-face types of things have at least cracked open the door slightly for him?

Maybe it’s because he took more comfort from, security in, beliefs he didn’t want to question. Let him alone in his grief. Let him believe the stories his brain had already told him. Life ends in death, so do what you can to avoid it until you’re worm food.

Similarly, we can take comfort from, security in, beliefs we don’t want to question. Sometimes that means protecting religious dogma, even when the words have lost their meaning. Ironically, refusing to question is a sign of doubting. We’re afraid to question because we doubt our faith will be strong enough. Or Jesus is alive enough.

I want to live my life as a questioning Christian.

I’ve committed my life to Jesus. I trust and follow him. I will also question things along the way, because he doesn’t want me to be a robot but a human with a mind as well as a heart. That’s the way he treated, and respected, the people with whom he interacted. He is the same yesterday, today, and forever.

I will question these things hoping to find a broader picture of the One whom I trust is walking before me, guiding and directing in mysterious ways.

Questioning doesn’t diminish faith. It broadens and deepens it. It makes us study the Bible more earnestly and openly. It connects us to diverse people with diverse opinions. It prompts us to take note of new books and news headlines.

In all of this, we’re better able to hear Jesus speaking in present tense, not past. For example, his acceptance of the marginalized of his day may be translated in terms of our acceptance of the demonized, such as the immigrants, of our day.

I heard one devout Christian say that he doesn’t want to have a faith based on doubting. Instead, he wants to have a faith that joyously proclaims that Jesus lives, and he’s the way, the truth, and the life.

I agree. I don’t want to have a faith based on doubting. I want one that encourages questioning. I’m a human who wants to understand things. I may not come up with the answers, but I believe Jesus will reveal himself through the people I meet in the process.

I have no doubt about that.