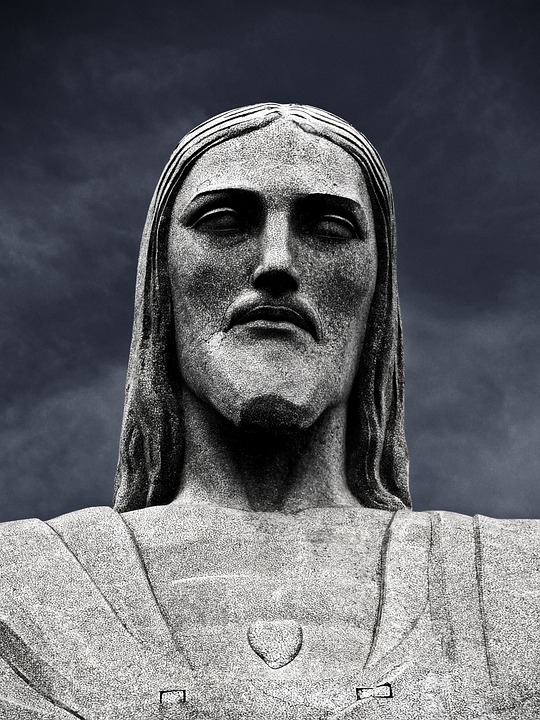 Early in Mark’s Gospel (3:1-6, CEB), Jesus loses his temper. Since Mark writes in a compact and impatient manner, it’s easy to overlook this story.

When you linger a bit with it, though, you discover it’s a watershed point in Jesus’ ministry. It changes his trajectory.

It may for us as well.

The religious leaders, upset that Jesus has been playing loose with Jewish laws, buzz around him like pesky gnats. They look to entangle him in legal minutiae. Nothing would give them greater pleasure than to catch him in a mistake, thus undermining his authority.

As he walks into a synagogue on the Sabbath, they hope he’s going to give them something they can sink their teeth into. They’re hovering with anticipation. But Jesus is cool, unflustered.

He looks around and sees a man with a paralyzed hand.

“Step up where people can see you.”

Why does Jesus call him out? Is he hoping that the legalists might discover a bit of empathy?

Good luck with that.

The paralyzed man wasn’t only impaired physically. He bore the stigma of second-class citizenship. It was commonly known that physical infirmity was tied to spiritual sin. He had obviously disobeyed God and was being punished. Someone like him shouldn’t be walking into the center of the synagogue; he should remain on the outskirts with the other sinners.

“Is it legal on the Sabbath to do good or to do evil, to save life or to kill?”

In one simple sentence he challenges the religious lawyers to go beyond the restrictive confines of black and white thinking.

Jesus had hinted earlier at this broader understanding. He taught that the Sabbath was made for the benefit of humans, not the other way around (Mark 2:27). Now he takes it further. The ultimate law to be obeyed is showing compassion. Period. If black and white laws that were written centuries ago and interpreted restrictively get in the way of compassion, then disregard them.

Jesus has spawned a new concept of “legal.” It now means obeying God’s intent that all people should have fullness of life. Wholeness of body and soul. Complete connection to God and others.

His listeners respond to his question with profound silence. It is as if they are kindergartners listening to a lecture on quantum mechanics. They are stuck on the black and white letters. They have too much at stake and aren’t about to be persuaded. Their way of life is being threatened.

That’s when Jesus loses it.

[He looked] at them with anger, deeply grieved at their unyielding hearts.

The legalists are incapable of empathizing with the paralyzed man because they have unyielding hearts. The Greek word for “unyielding” is porosi. It’s the root of osteoporosis, the hardening of the bones. Jesus’ listeners are afflicted with cardioporosis, hardening of the heart.

“Stretch out your hand,” he says, and the man does. He’s healed. He has new life. He’s filled with joy.

And the legal scholars are filled with hate.

At that, the Pharisees got together with the supporters of Herod to plan how to destroy Jesus.

It’s curious how this scene from Mark has repeated itself throughout the centuries.

On the floors of synagogues, sanctuaries, church councils, and General Conferences, Jesus invites people to stand by him, for all to see. They are the ones who’ve been hurt because of circumstance. Race. Gender. Sexuality. Religion. Nationality.

Jesus asks the same question. “Do these faces soften your heart? Is it legal to do good or evil, to save life or kill?”

It’s at this point that I get a bit hung up. I see myself sharing Jesus’ ire at stony legalists. The Master, though, handled his anger much more constructively. He wasn’t stuck there, like I sometimes find myself.

The text says that Jesus’ wasn’t just angry but also “grieved.” He felt profoundly sad that the religious authorities had separated themselves from God’s heart. His grief also carried with it the sense of finality, such as grief you feel when someone is dead. There’s nothing more you can do, so you sadly say goodbye and move on.

It was as if his grief focused his energies. Like a magnifying glass pinpointing light, Jesus would now devote himself to those wanting to hear his message and feel his touch. Turning his back on the lawyers, he turned toward the one in need.

Perhaps Jesus knew that if the sight of a person in pain couldn’t soften a heart, then further conversation wouldn’t, either. Legalism and security are intertwined, and reason can’t break the bond. To spend any more energy in dialogue would result in being harassed by further arguments, justifications, and judgments. It will be up to God to soften those hearts.

The church that follows Jesus’ law must grieve for those afflicted with terminal cardioporosis. It then must spend its energy focusing on people with withered hands, broken hearts, and oppressed spirits. It’s in fellowship with them that Christ comes in fresh, relevant ways.

When anger has served its purpose, you let it go. If you don’t, you find yourself turning into a legalist yourself.

Jesus asks more of his disciples than to spend time debating. He himself seldom engaged in that. Rather, he asks them to spend time serving. His questions pushed his followers to broaden their minds and hearts, to embrace the hurting.

“Is it legal to do good or evil, save life or kill?”

Our focus should be on the ones with paralyzed hands.

We must always be willing to let the hurting lead us forward, and not let the Pharisees hold us back.

1 thought on “Meditation on an Angry Jesus”