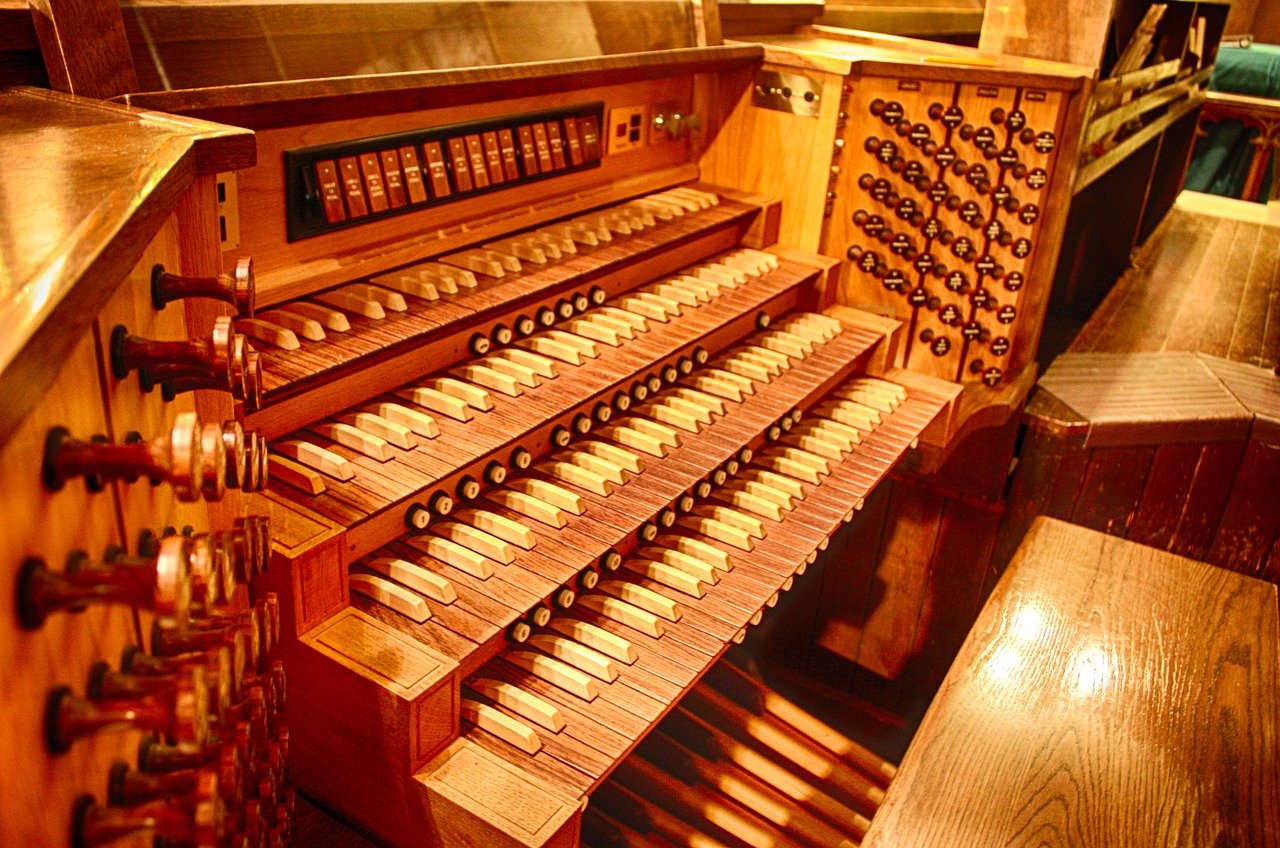 “In the world you have distress. But be encouraged! I have conquered the world.” – John 16:33

The church I retired from has a magnificent organ. Whenever I looked at its console, I felt I was looking at the cockpit of a 747. It was daunting to a musically inept person such as myself.

But our organist had no such qualms. I enjoyed concerts where he played it effortlessly, bringing out all the beauty for which the instrument was built. Although he would deny it, I believed that there was no piece of music he couldn’t play.

You could say he had “conquered” the organ. Better, though, would be to say he had “mastered” it. He didn’t beat it into submission. Rather, he took time to understand it in all its complexities and thus bring out all the beauty it was capable of.

Similarly, it’s more appropriate to understand Jesus saying to his disciples prior to his crucifixion, “I have mastered the world.

He can sit down very comfortably, very confidently, behind that console and bring out the music. He knows its nuances and its complexities. No matter how chaotic the score, how complex the piece: he will make music come from it that will be breath-taking.

Problems we face can appear as daunting as that organ console. If we try to play the score, it would sound worse than chopsticks on an out of tune piano. But Jesus says, “Scoot over, let’s play that piece together.” Once he shows us how to play the it, we don’t find ourselves so intimidated. With practice, we gain confidence. Hasn’t there been a time when you looked back at something that was scary but now holds no fear for you?

Jesus was resurrected for a reason: to prove to you, personally, that he is the master of the world.

3 thoughts on “MONDAY MEDITATION: Master of the World (April 18)”