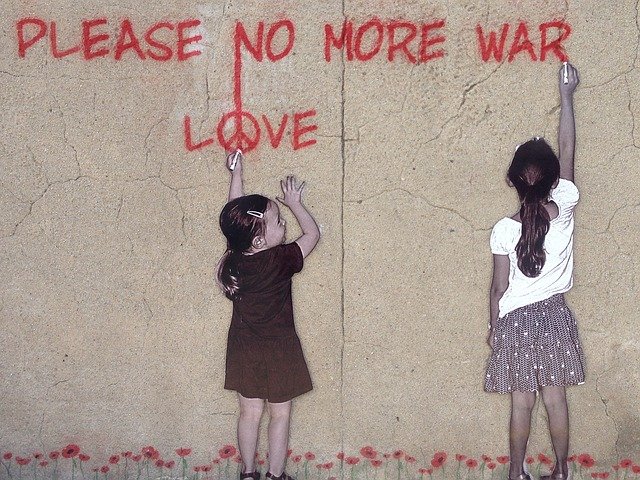 I like to believe that the world is incrementally inching down a path leading to the kingdom values Jesus talked about. Becoming more aware of issues, confronting injustice in varying forms, advocating for climate stewardship: all these things, aided by technology and instant communication, are hopeful.

It’s a stark reminder that there always seems to be some new iteration of ancient Rome. What Christians encountered back then, we all witness now. Conquest. Violence. Disregard for human life. Entrenched power and privilege. Manipulated communication.

Our feelings for the people living in the dark shadow of war and death are palpable. In our varied reactions to what is happening in eastern Europe, we are all united around an empathy for the sufferers and a new focus for our prayers.

Another curious reaction I had was finding myself turning to my, admittedly, least favorite book of the Bible. Revelation.

As I re-read some of the passages, they reminded me that we Christians are challenged to live with a hope that, regardless of the times when nations act like Rome 2.0, God still works through Jesus 1.0. The Resurrection started a force that is long-suffering but ultimately wins in the end.

Throughout history, the faithful have searched many ways to address the beasts rising from sea and land. Some have advocated pacifism, and some have followed the just war theory. Still others have taken the path of Bonhoeffer in World War 2. But they’ve all prayed the same prayers, and all have believed that the last kingdom standing will be God’s.

God is the architect of the new heaven and earth, and stronger than anyone choosing to erect a lesser kingdom. Such times as these serve to remind us that this is the hope we live our lives on, regardless of the latest CNN headlines.