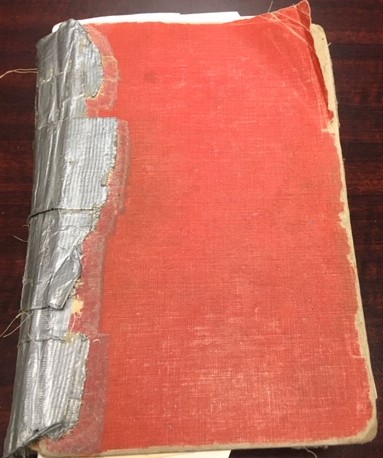 After the United Methodist General Conference approved the Traditionalist Plan, which kept restrictive language against homosexuality in the denomination’s Book of Discipline, there was great rejoicing in the world of far-right evangelicals. On February 27, 2019, Franklin Graham posted his happiness on Facebook. He saw this as a victory for “God’s Truth” and the “clear teaching of Scripture.” He encouraged his readers to stand “unwavering with the Word of God.”

Over 7.5k people commented on his post, most with the common theme of “Praise the lord, it’s about time that Scriptural authority has been recognized in the United Methodist Church!”

My Problem with This

My problem with this is that I, too, recognize Scriptural authority. However, since I interpret the Bible differently, I’m cast as “wavering” with God’s Word.

I have studied the Bible for over fifty years. It introduced me to Jesus and has guided me, convicted me, and inspired me. I’ve written papers, curriculum, and a commentary on it. I’ve preached hundreds of sermons from it. The picture you see atop this column is that of a Bible I’ve used for decades. As you can tell, duct tape works wonders.

I have concern when people pick and choose verses they prefer, interpret them the way they prefer, and ignore other passages and themes they don’t prefer. I have an even greater concern when they join like-minded people in judging those who disagree with them.

Cues from the Bible

As I read my taped-up Bible, I see very clearly two men who demonstrated the approach we need to take regarding Scripture.

There was Job. In the midst of his trials, he was honest with God. He didn’t understand his immense suffering, and let God have the full force of his anger. His three friends, on the other hand, kept to the same old, tired law: “God rewards good people and punishes the bad. Job, just repent, and things will be better for you.”

Job rebelled against this. Such a cold principle, found in different forms in the Bible (i.e., Psalm 37), didn’t make sense and was an affront to his experience. In the end, God blesses Job’s honesty and told his three self-righteous friends to repent.

And then there was Jesus. He didn’t get mad too often, but when he did, it was usually against the Pharisees, the spiritual descendants of Job’s friends. These strict Jews delighted in putting laws above human need. In the choice between healing on the Sabbath or letting a person’s pain linger another day, they chose the latter, to Jesus’ befuddlement and wrath (Mark 3:1-6). He saw their legalism for what it was: masking their prejudices behind a religious veneer. No wonder Jesus called them whitewashed tombs, all clean on the outside but filthy on the inside (Matthew 23:27).

While the Pharisees found their security and identity in the law, Jesus found his in God. The Pharisees obsessed over 613 rules. Jesus lived with just two:

Love God and, equally, love your neighbor. Anything more, and you’re going to be trying to save yourself. You’ll filter out an ant and swallow a camel of self-righteousness (Matthew 23:24).

He honored God’s word by letting compassion interpret biblical law, and not the other way around.

Job and Jesus can guide any of us in hearing God speak through Scripture. A relentlessly honest mind and an unflinchingly warm heart open our ears. In the process, we discover ourselves needing to connect with people who are similarly searching for meaning and direction. Diversity should be welcomed, not shunned. Evangelicals, progressives, and all in-between can take the Bible equally seriously and help broaden each other’s perspectives. Humility goes a long way.

I am very much aware that far-right evangelicals who read this will disagree. They may feel safe and find comfort in a totally black-and-white interpretation of Scripture. I’m sure what I’ve said above does little to persuade them. For some, biblical interpretation is tied to emotion, and it’s difficult to reason with emotion.

The only thing I ask is to delay judging me as some biblical profligate. Don’t assume that I disregard the “clear teaching of Scripture.”

I love the Bible as much as anyone.

What’s more, my Bible is as worn as theirs.

8 thoughts on “My Bible Is as Worn as Theirs”