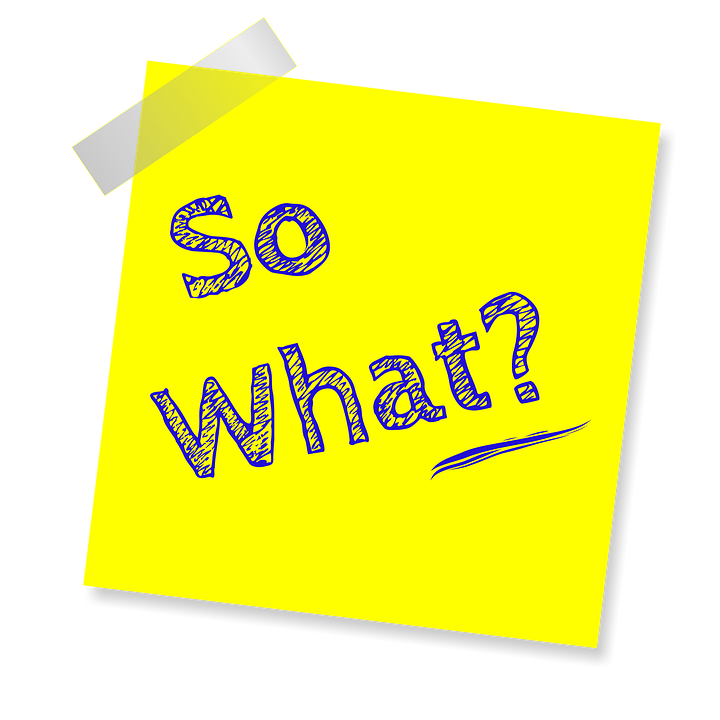 The two characters in the passage from Luke aren’t very lovable. One is a whiny blind beggar with an attitude problem. The other is a corrupt businessman who extorts taxes from his fellow citizens.

Social media would have lit up these two men. Insults, stereotypes, rumors. But since such postings wouldn’t happen for another 2,000 years, people were content to ignore, gossip, and abuse when possible.

Except for Jesus. He stopped for each man, while others would have walked quickly by. He talked with them, healed, and restored.

He showed love because he operated on the principle of “So what?”

“She is from that sexual orientation.” “So what?”

“He is from that political party.” “So what?”

We flash judgment unconsciously, to protect ourselves from “them.” We keep our distance and hurry along the road, like the lawyer and Levite in the parable of the Good Samaritan; they’ve already judged the wounded man in the ditch. “He must have deserved it.”

Maybe the most practical application of the Gospel is to live each day trying to live by the two-word principle that was the core of Jesus’ operating system. All love, grace, forgiveness, and reconciliation begins with “So what?”

This doesn’t mean we condone the actions of the other person. Rather, it affirms that we’re all sinners in need of a connection with fellow sinners.

For whom will we stop today, as Jesus stopped, and ask that question?