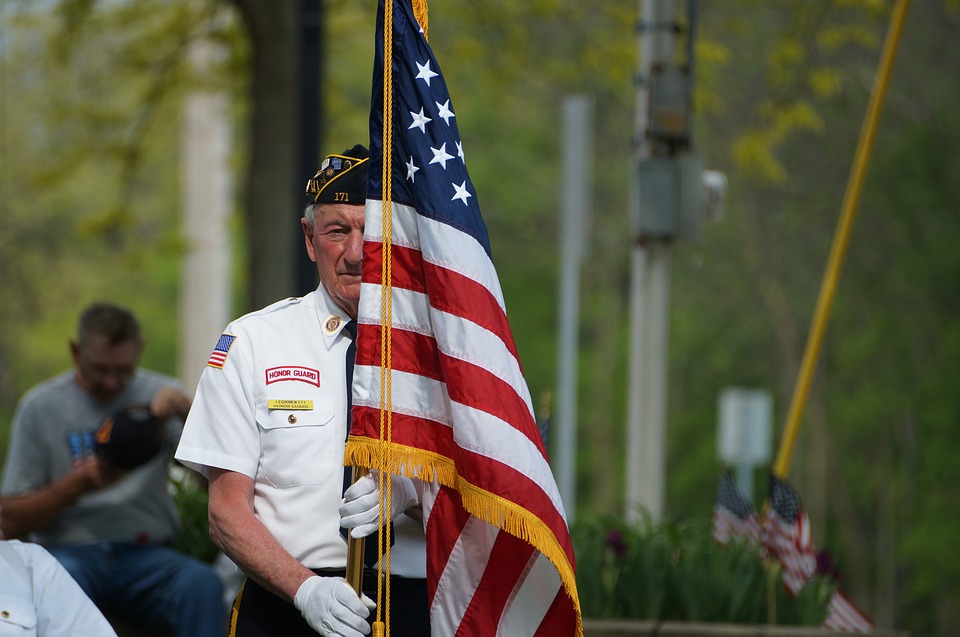 I’m writing this on Memorial Day, 2019. Soon I’ll be offering an invocation at a community service where we commemorate the sacrifices of those who’ve died for our country.

This has caused me to reflect on the relationships I’ve had with veterans and their families through the years.

I remember the World War Two veterans. The ones I knew served in both the European and Pacific theaters, and were pilots, bombardiers, infantry, sailors. Some were wounded. Some were POW’s. They told of hardships and acts of courage that were unimaginable to me. One career soldier had multiple purple hearts from the wars he had fought; regardless, he worshiped every Sunday morning, even though he himself had been through hell.

I remember Vietnam veterans. They often dealt with unanswerable questions. They told of how they struggled with fighting a war when they also questioned the wisdom of it. If they were killed, would their sacrifice be worth it? I also saw them struggle with the guilt of the violence they had to inflict, in order to survive. Could they be forgiven?

I remember veterans from the conflicts in Iraq and Afghanistan. They told of the sound of mortars being a regular occurrence, a sound that also brought the uncertainty as to when the next explosion would be the last they heard. They also talked about going on patrol and wondering about that which became all too familiar to them, the IED’s.

I remember the ones who continue paying the price for the service they’ve given. Ingrained in my soul is the shock that happened when a veteran, suffering from PTSD, took his life in a restroom in my church. How would we ever know the living nightmares that haunted him and drove him to do that? How would we know how devastating survivor’s guilt would be? And how shocked would we be to know that, on average, veterans suffering from PTSD take their own lives at a rate of over twenty per day?

I remember my son, who’s in the Army Reserve. I now know the training that builds body, character, and, above all, solidarity and teamwork. It’s also a training that builds loyalty and a sense of duty. When I expressed my concern that his unit might be called up to active duty, he simply responded, matter of factly, “Dad, it’s what I signed up for.”

In all these memories, the faces of the families of the fallen come to mind. I remember the stories of families wondering if their sons and daughters, husbands and wives, would make it back in one piece. I remember funerals where young spouses would be helped from the sanctuary as they cried inconsolably. And I remember relatives trying, however they could, to patch things together after the fabric of their lives had been ripped apart by the effects of PTSD.

In so many ways these families exemplify the strength and courage of the soldiers we honor. We owe them our gratitude and support as well.

We live in a fallen world. Many people, like me, can stay a step or two removed from it. We can make judgments and express opinions about what we should or shouldn’t be doing. However, our military doesn’t have that luxury. They are thrown into the fray, their lives on the line. They will take with them memories that will last a life time, for better or for worse.

I am humbled and awed by them, by what they’ve done and what they do.

Indeed, we can’t say thanks enough. Of course, that shouldn’t stop us from trying.

We are humbled by the memories of those we honor today.

Thank you not just for their amazing service and sacrifice, but for what they’ve taught us.

In this service today, instill in our hearts what they’ve modeled through their lives: courage, loyalty, and a dedication to a calling higher than to themselves.

Bless those who are here today by the memory of those who are not here, those who indeed have paid the ultimate price. May the price they’ve paid be invested in the lives we live, in honor of them.

4 thoughts on “Memorial Day: When You Can’t Say Thanks Enough”