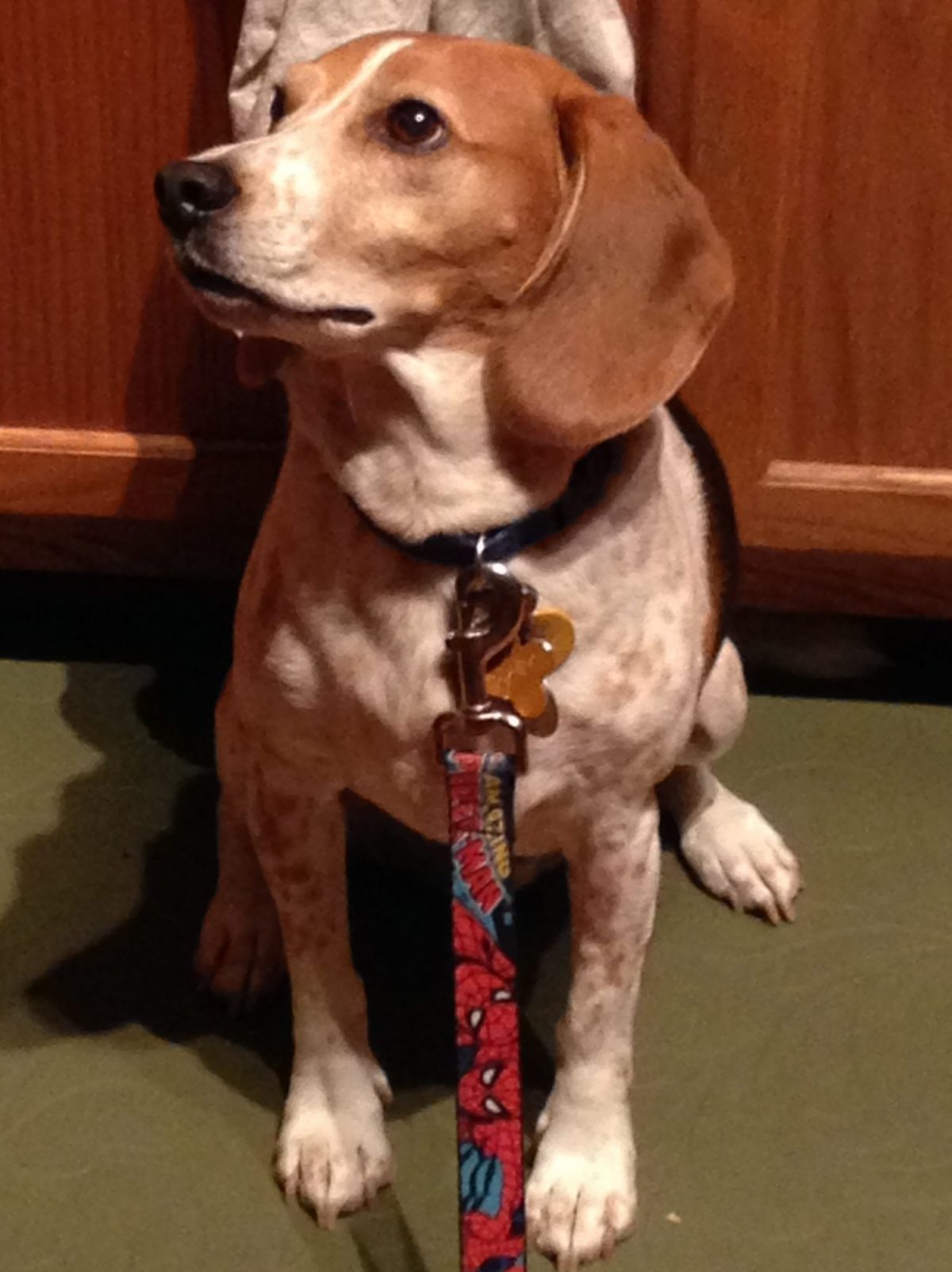 NOTE: This week I’m sending a daily devotion based on reflections on Jake the Beagle. Our regular weekly/Monday meditations will resume next week. Hope these are meaningful for you!

A peanut butter sandwich ranks high on my list of snacks. I was halfway through one when I put it down to close a screen door. Finishing the task, I returned to find it missing.

“I did put it down right here, didn’t I?” I asked myself.

Then I saw Jake, not too far away, appearing quite content.

Beagles have an insatiable appetite. They have no portion control. We bought a food dish for him that had little compartments so he didn’t gobble his meal all at once.

Consequently, whenever one of us had food, he focused his attention with laser intensity. If we sat and ate, his gaze never wandered. If we were walking, he was at our heels.

It was as if he was praying a doggie prayer that we’d throw him a morsel. Or drop one. He felt that anything that dropped on the floor was his. I once dropped a Cheezit and before I could retrieve it a beagle-blur scooped it up and ran to the next room.

Jake knew that stealing peanut butter sandwiches and Cheezits was wrong. We’d made sure through the years that he knew right from wrong concerning food.

It didn’t matter. Regardless of the higher part of his brain discerning good and evil, the base part of his cerebellum overrode it. FOOD! Despite long-term consequences, the insane drive to eat drove him to enjoyable (in the short term) sinning.

What does it take for the higher part of the brain to kick in? To keep from stealing the sandwich? Or breaking a promise? Or sending a tweet? Or bending a value?

Canine or Homo sapien, passion pushes us. For all the good we want to do, inner obsession can sabotage. Doggie sins warn us of the human ones we’re tempted to commit.

Jake’s peanut butter theft was the last sin he committed, as he would cross that “rainbow bridge” a few days later.

But we loved him in spite of the crumbs he left.