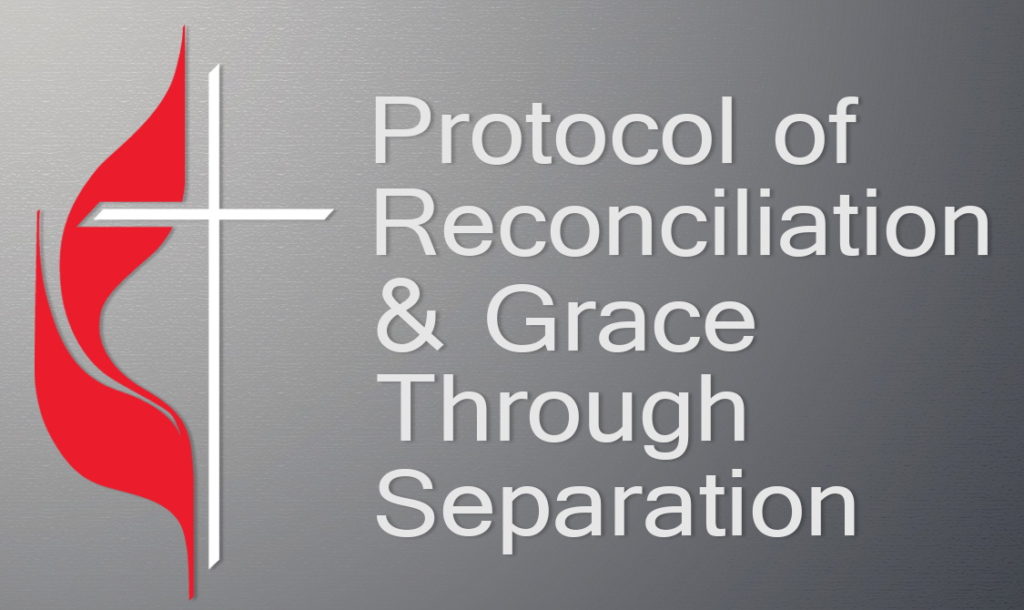 I am relieved by the proposal recently hammered out by the inclusive, high-level mediating group dealing with the future of our denomination. If it ends up being presented at, and approved by, the 2020 General Conference in May, then the decades-old wrangling over gay ordination and same-sex marriage may finally come to an end. It will enable staunch traditionalists to split off from the United Methodist Church, form another denomination(s), while keeping ties with some UMC functions.

This would hopefully enable us all, regardless of theological persuasion, to concentrate on disciple-ing as we understand it. And, most importantly from my perspective, let the UMC embody unconditional love by eliminating discrimination against our LGBTQ brothers and sisters.

Yet, I’m also feeling a bit sad that it will take us breaking apart to accomplish this.

“There’s value in worshiping beside someone who’s different”

Those are the words of Daniel Burke, CNN Religion Editor, in reflecting on the mediating group’s proposal. His article places this plan within the context of the mind-numbing number of schisms within the 2,000 years of church history. With 47,000 denominations around the world, including many Methodist strains, he succinctly states, “Protestants gonna protest, you know?”

The very roots of the church were grounded in diversity. Jew/Gentile, rich/poor, male/female, slave/free. There was no brokering group that considered whether or not there would be a Jewish-Christian church and a gentile one. There was simply one church. Because this couldn’t be an option, you had to relate to each other, learn from each other, and expand your understanding of the Gospel. You had to live in the tension it produced, which is why Paul’s letters (faith over works) and James’ letter (works linked with faith) are in the same section of the Bible.

I guess the default of the human spirit, though, is to be tension-free. We certainly like to flock with those birds of a feather. Why else do liberals watch CNN and conservatives, Fox? Or progressives join Reconciling Ministries Network and traditionalists, Wesleyan Covenant Association?

The UMC had a chance to reclaim its biblical roots in the 2019 General Conference. Proposing a “One Church” model where there was a respect of differing views while enabling the freedom of inclusion was the best fit. But the resistance by the more hard-line traditionalists led to its defeat, and ultimately to the schism plan we now have.

What a pity that we can’t live with and learn from each other. What new understandings, and acts of grace, justice, and compassion, will we miss?

The second reason for sadness is more personal.

The future church will probably not be as I remembered, or at least imagined, it.

I saw church as central to personal and societal life.  It had standing in the community because it showed what community should be about. People joining together, embodying and witnessing to the higher call of the Kingdom.

The nastiness of the debate over human sexuality has greatly harmed the relevance of the traditional church. When defenses against inclusion have included claims about “scriptural holiness,” it reinforces the stereotype of Christians being fundamentalists. And along with that tag comes the baggage of being anti-science, judgmental, and hypocritical. Atheists have had a field day seeing “Bible believing” Christians trying to reconcile unconditional love with anti-gay sentiments.

But…in the long run, I guess, this won’t end up being such a bad thing.

Maybe it takes schisming to point the church to the new/old path of relevancy. It’s going to have to be grounded in something that’s been lacking in the decades-old sexuality debate: honesty and humility. The world will take note when we who follow Jesus admit that we don’t have all the answers. When we can connect as human-to-human with others, not as holy-people to sinners. The future church will thrive not because of the institution but because of people who are moved to address human suffering in any form.

Jesus is, indeed, the answer. It’s just that we will need to serve as he served, love as he loved. People will come to believe in him not because of the Nicene Creed, but because of the commitment to transformation by his honest, humble followers. Then “Son of God” will really mean something.

As people have said, the new United Methodist Church will be different from the old one. I grieve a little with that. Ultimately, though, I hope that will end up being good grief.

7 thoughts on “Feelings about the Proposed United Methodist Church Split”