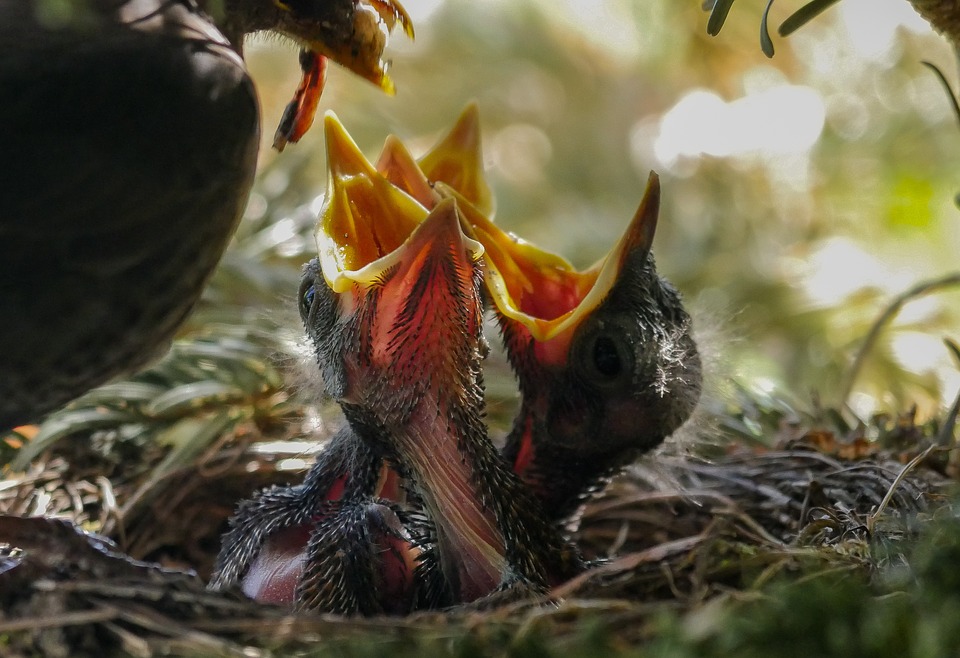 [NOTE: We’ll return to a Mondays-only format next week.]

I believe that the present suffering is nothing compared to the coming glory that is going to be revealed to us. — Romans 8:18

If a baby bird doesn’t look up, it doesn’t get fed.

Something in the grand design of evolution put the natural instinct into a chick to raise its head, open its mouth, and wait expectantly. It’s weak, vulnerable, and hasn’t a clue why it’s doing it, but nonetheless it just keeps looking up.

That’s hope. Or, as Paul puts it, “If we see what we hope for, that isn’t hope. Who hopes for what they already see? But if we hope for what we don’t see, we wait for it with patience.” (Romans 8:25)

The longer a person follows Christ, the more that Christian’s eyes are opened. Things aren’t as they should be. This world is incomplete. We encounter tragedies personally. Nations institutionalize greed and injustice while creation bleeds. Viruses spread.

Christians don’t keep their heads down, ignoring what’s wrong, but look up. They have clear eyes while maintaining that a power greater than themselves will break through. Their straining their necks upward, even through prayer, will bear fruit. The “whole creation is groaning,” Paul says, and “we don’t know what we should pray, but the Spirit himself pleads our case with unexpressed groans.”

There’s something deeply comforting knowing that God attends to both bird and human groanings. God hears, understands, and responds.

If God created the baby bird to have the irresistible urge to look up, God also put it within the hearts of its parents to look down and feed open mouths with nourishment. Mama and papa birds can’t help themselves.

We can never know when our meal will come, but we know the faithfulness, and the wisdom, of the One who will provide it.

“We know that God works all things together for good for the ones who love God, for those who are called according to his purpose.” (Romans 8:28)