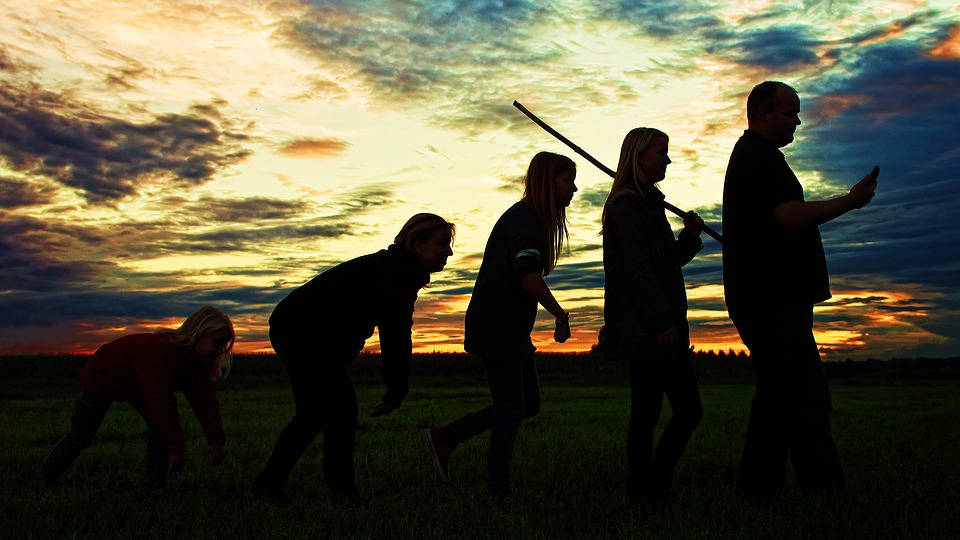 According to an article in the Christian Post, the Missouri Synod Lutheran Church recently passed a resolution affirming belief that God created the world “in six natural days.”

This might come as a surprise to the Creator, since we know earth to be over four billion years old. There’s irrefutable proof of that, as Bill Nye the Science Guy stated clearly in Undeniable: Evolution and the Science of Creation. That book evolved from his taking on Ken Ham, of the Creation Museum fame, who describes how dinosaurs and Noah peacefully coexisted on the ark.

While this may be the official stance of that denomination, it doesn’t mean that everyone in that fold agrees with it, of course. Probably a majority don’t. My hunch is that some of the more zealous leaders advocated for this narrow interpretation. Why was it so important for them to bend science to conform to a Bible that was never meant to be scientific in the first place?

Making God in Our Image

Reza Aslan, in his book God: A Human History, notes in detail how easily we project onto God that which lurks in our hearts. This tendency transcends the rational and can, in extreme forms, lead to a garish fundamentalism.

For example, if I have an inner compulsion to see a complex world in simplistic terms of good/evil, black/white, then my God and all things religious are going to reflect that. I need absolutes. I need God to speak unconditionally and clearly in the Bible, so I’ll make it a paper pope. What you see in it is what you get out of it. To question is to sin.

This is why fundamentalism leads to Gnosticism.

Gnosticism was the belief that the only way to salvation was by obtaining secret knowledge (“gnosis”). This would rescue you from the dark forces and elevate you into the realm of light. Religious leaders must tell you how to think properly on different subjects, so you’re not led astray.

The early church condemned this as heresy. However, as Father Richard Rohr (The Universal Christ) has surmised, the early church condemned it because it unconsciously knew how Gnostic we can become in our Christianity. Once you define being a Christian in terms of adhering to rigid doctrines, you set yourself up for the mess the church is in today.

When Christians argue over the Bible and science, or human sexuality, or whatever, the venomous head of this heresy rears up. We’ve just said that right thinking will save us. And arguing over what is right will divide us.

In other words, it’s downright heretical to assert that unless you shelve your mind and believe the earth was created in six natural days, you’re not a true believer.

A Step Forward, Together

What the world needs is a great big Christian building project.

If you ever want to unite a local congregation, start a building project. If there’s a felt need and a good plan, the revitalization of a church is remarkable. Suddenly, all the minor squabbles subside, at least temporarily. Differences of opinion and belief are put on hold. There’s something more important with which to deal. There’s something to be built that will transcend today’s generation and touch the lives of the yet to be born.

Journalist David Brooks has noted that the Israelites, while wandering in the wilderness, were “never happier than…when building the tabernacle” (The Second Mountain). There was a remarkable sense of judgment-free equality. People who were good at carpentry were just as important as people who were good at planning. They were all needed, all respected, and all united.

We have before us the daunting task of building a world that God would like. Where we replace “go back where you came from” with “our home is with you,” and “I win, you lose” with “we win, together.” A world where we really get to know people as brothers and sisters and not as outdated stereotypes.  A world where we’re concerned for opportunities for health care, education, and advancement for all.

If the world has scary, evil, dark forces on the loose, it will take more than doctrinal pseudo-purity to overcome them. It will take people, formally religious or not, committing to work together to make this world a place that conforms to God’s ideal. Gnosticism shrinks before the good that comes from people simply caring for one another. I’m pretty sure Jesus would agree on that point.

The last thing the world needs is the sight of Christians arguing over how long creation took. That validates the misconception that the Gospel is as relevant to today’s world as the telegraph is to modern communication.

Too often Christians have tried to come up with answers to questions that only they are asking. The world couldn’t care less about how you read your Bible. But the world needs people who can really love like the Bible instructs.

Open hearts must always trump closed minds. That’s how a better world will be built.