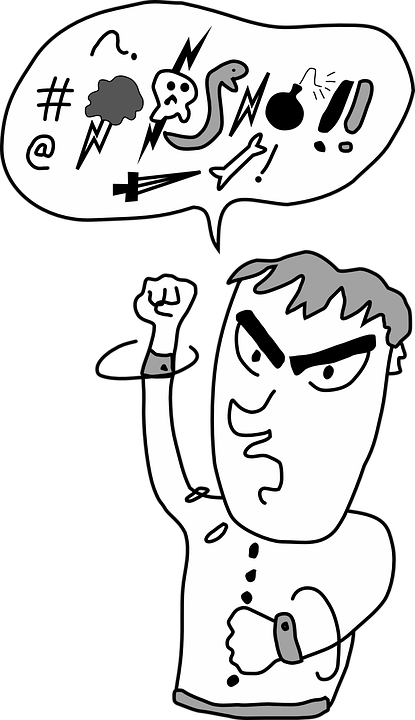 Old-fashionedly, I have an aversion to foul language. Maybe I’m too sensitive, but it seems like there’s been an exponential increase in the use of it over the last few years. Every popular show or movie seems to have a script calling for interesting variations of the f-word.

Maybe my language-prudishness comes not just from old-school parents, but from Paul as well. He cautions in various places that “Entirely out of place is obscene, silly, and vulgar talk.” (Ephesians 5:1-5)

Cleaning up your mouth is one characteristic of piety. Others include refraining from such things as immorality, gambling, and intoxication. These are the marks of Christians whose lifestyles set them apart from the world.

However, there are other marks of a Christian beyond a person’s individual life. By making piety the defining characteristic risks missing the larger message of the Gospel.

Kevin McDermott, of the St. Louis Post-Dispatch, wrote an editorial noting what makes some evangelical Christians a bit squeamish with President Trump. He said that some of the president’s religious constituents have been growing increasingly upset with “pottymouth” rally speeches.

With the dehumanizing treatment of immigrants, the disregard for the climate crisis, the increased racial tensions, the rancorous and divisive tweets: with all this going on, what they object to is a #$!? here and there?

While I share their objection, I also have to ask myself if these are the primary standards by which we are to judge “Christian” behavior while letting other things slide.

Personal piety reflects devotion to God. It is, though, by definition “personal,” singular in nature. Refraining from cursing, gambling, and pornographizing may show your reverence, but what about the larger issues Christ cared about? Compassion for the marginalized (immigrants)? Respect for the oppressed (women’s rights)? Confrontation of overreaching political powers (nationalism)?

Jesus didn’t get angry very often, but when he did, he targeted those who pushed their own piety at the expense of others. He exposed their behavior as self-righteousness that masked bias and prejudice. Why else would he have gone to great lengths (Matthew 23:13-36) in describing the ultra-devout Pharisees as “blind guides,” “hypocrites,” and “white-washed tombs”?

To modernize things, perhaps Jesus would call out some of the more extreme, vocal evangelical leaders. “Woe to you who ignore the cries of human suffering in order to advance your own moral agenda.”

Picking and choosing your sin is always a dangerous slope to slide down. It’s daring to talk for God when, in reality, you should just be quiet. We frail creatures of dust have no business speaking about how God doesn’t like cursing while we don’t talk about how God hates mistreating the stranger in our midst.

Only when we’re free to acknowledge the depth of our total sin, in culture as well as in living room, do we have the right to speak. We’ll have the right to speak when we take the bold stance of erring on the side of honesty, humility, and compassion. Our speech will then talk about God’s redemptive power to form a grace-filled, justice-laced, community.