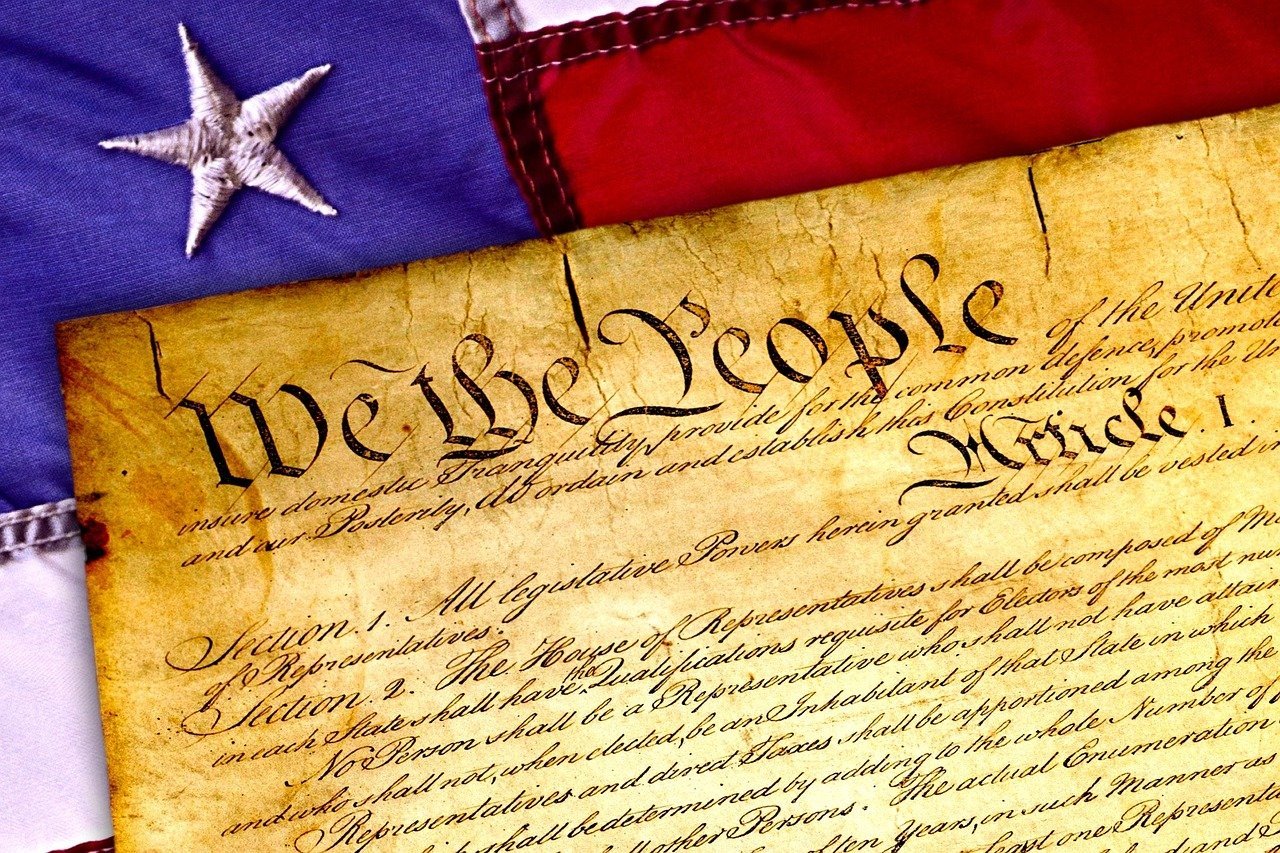 In the quest to be broadminded, I’m reading two opposing books. One is Newt Gingrich’s Beyond Biden: Rebuilding the America We Love. The other is Jon Meacham’s The Soul of America: The Battle for Our Better Angels.

I want to see the underlying assumptions of each writer, and why they write what they write. I pick up one, read a little, then pick up the other. This induces quite a whiplash effect. Each book presents a different understanding of our country’s past, as well as of the direction it should be heading.

Looking more closely at their titles hints at the differences.

Gingrich wants to rebuild “the America we love.” We’ve basically realized our goal of being a great nation, with liberty, justice, and prosperity for all. It’s being torn down, though, thanks to those darn liberals. We were starting to rebuild through President Trump, but then Biden took over. His political days are numbered, though, because the overwhelming majority of us knows the importance of restoring America’s greatness. One of the features of this greatness is robust prosperity by getting big government out of the way, unbridling the free market, and lowering taxes.

Meacham sees our country’s history as a mural depicting a “battle” for the American “soul,” a soul entrenched in the God-given belief that all people are created equal and thus should have equal opportunity for full life, liberty, and the pursuit of happiness. Our “better angels,” a phrase Lincoln coined in his first inaugural address, is the spirit within the nation’s fabric to ensure that this radical vision includes all people in the Union. Our lesser angels would be the tendency to grow near-sighted regarding those entitled to equality and privilege.

Nowhere are the divergencies between these two viewpoints more pronounced than in the place of racism in our history.

For Gingrich, racism seems to be viewed more in past tense. It’s something that has already been dealt with, and it’s time to move on into a post-racial future. As proof, he cites the statistic that 91% of Americans agree with Dr. King that people should be judged by the content of their character and not by their skin color. How can racism be a problem if so many believe that? Consequently, we must not brainwash our children with Critical Race Theory or the New York Times’ 1619 Project. The norm should be teaching “patriotic American history.”

For Meacham, racism shows that the struggle for the American soul is ongoing. He, too, cites Dr. King’s message as something that dwells in the American spirit. However, he adds, “so does the menace of the Ku Klux Klan.” The history taught our children, while celebrating the unique ideals upon which our nation was founded, must point out where we’ve failed. Noting such failures is patriotic because it helps us see where we must focus our energies. One of the most American things we can do is to expand spheres of equal opportunity for all.

The Problem and the Challenge

Reflecting on these books helps clarify for me both the problem and the challenge we face as a nation. From my perspective, the problem is:

We can never fully achieve the vision of the founding fathers as long as we’re content to view our nation and its history primarily through the eyes of those who’ve been privileged. As long as we do that, then “those” people outside our group be viewed suspiciously.

Can we realize our nation’s ideals by viewing those different from us as allies, not adversaries? What are the experiences of Blacks who were terrorized by Governor George Wallace’s chilling promise to protect “segregation forever” in the state of Alabama? Or the ones in the LGBTQ community who were terrorized when Matthew Shepard was beaten, tortured, and left to die because he was gay? The list of groups terrorized at one point or other in their American journey may be surprising.

America’s greatness doesn’t lie in hugging a flag, lifting a Bible, or warning us of the leftist threat. Rather, it lies in all of us, regardless of political party, expanding our understanding of who “true Americans” are and daring to hear their stories, without censor. Their voices can help shape our path forward.

This provides a surer hope for our future than trying to rebuild an idealized past. Meacham expressed that hope quite eloquently:

“If the men and women of the past, with all their flaws and limitations and ambitions and appetites, could press on through ignorance and superstition, racism and sexism, selfishness and greed, to create a freer, stronger nation, then perhaps we, too, can right wrong and take another step toward that most enchanting and elusive of destinations: a more perfect union.”

Postscript: The Battle for the Soul of the Church

While writing this, being a clergyman, I couldn’t help but reflect on the state of the church today.

Should a starting point for winning the battle for the church’s soul be listening to God’s voice speaking through those who have historically and traditionally been shunned or silenced?

1 thought on “One Country, Two Views”