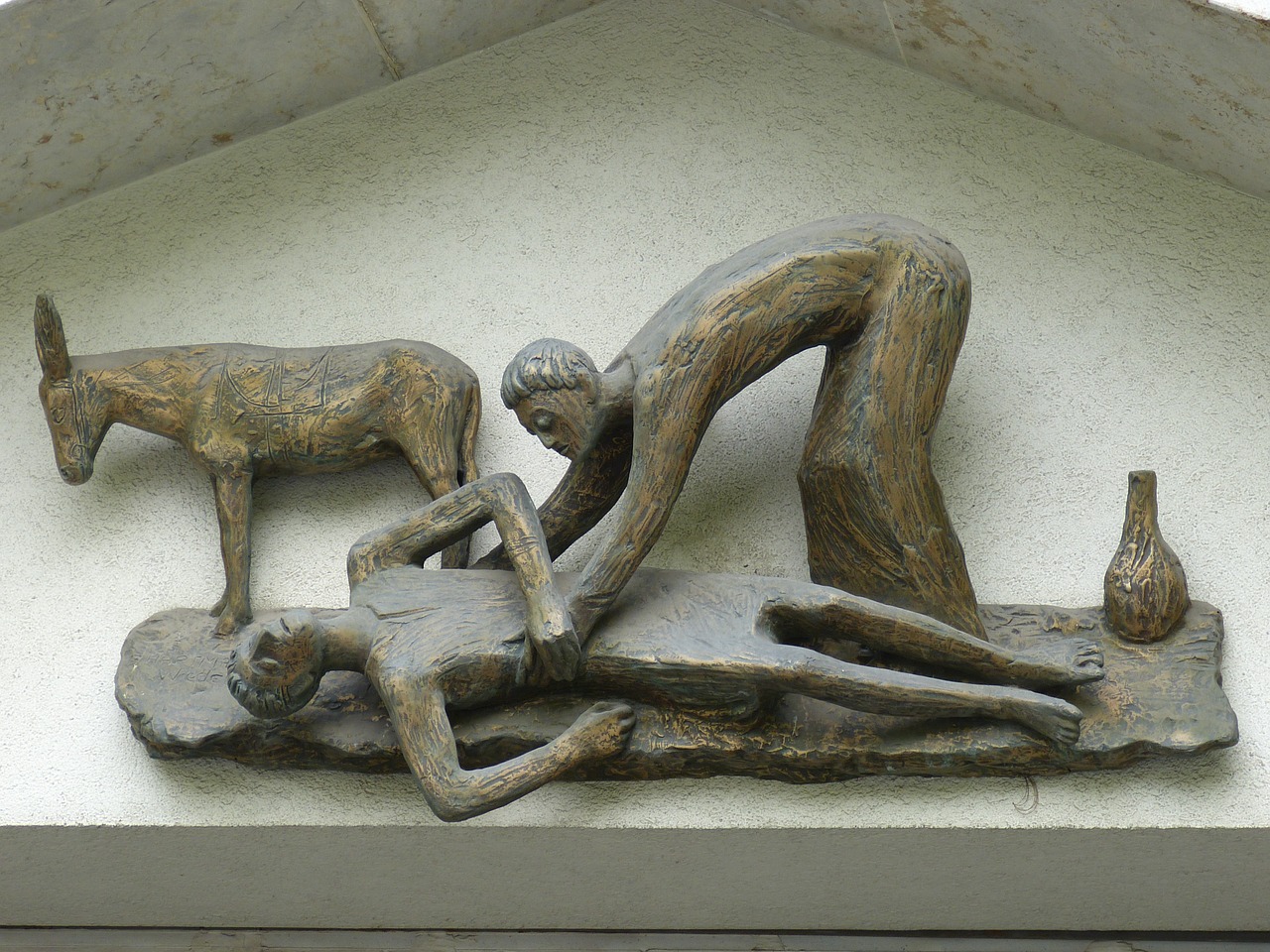 A Samaritan, who was on a journey, came to where the man was.  But when he saw him, he was moved with compassion. The Samaritan went to him and bandaged his wounds… – Luke 10:33-34a

In the Parable of the Good Samaritan, Jesus got right to the heart of the matter.

What you believe is totally irrelevant if it doesn’t come from the heart. Indeed, if you get the order wrong, and start with faith as a head thing, then you’ll risk being a hypocrite, like the two highly respected religious people who saw the beaten guy in the ditch. They “crossed over to the other side of the road” so they wouldn’t be bothered by him.

But that Samaritan got it right. He got his theology all wrong, in the eyes of the Jews. But in the eyes of Jesus, his heart was in the right place, and that’s all that mattered. That’s the point Jesus made as well in his Parable of the Sheep and the Goats (Matthew 25:31-46): It’s the ones who minister to “the least of these” who are blessed, regardless of how correct their belief system might be.

That good Samaritan…who would he or she be today?

The LGBTQ person called to street ministry with homeless youth?

The alcoholic who runs an AA chapter?

The college student who leads singing in a nursing home?

The retired person volunteering in an English as Second Language class?

Jesus calls Christian anyone who is moved by compassion to connect with the vulnerable instead of crossing over to the other side to avoid them. The world might call them Samaritan, atheist, agnostic…whatever. But Jesus knows who they are and, in their own way, they know who he is.

Faith not rooted in the heart is worthless.

3 thoughts on “MONDAY MEDITATION: You Always Start from the Heart (December 6)”