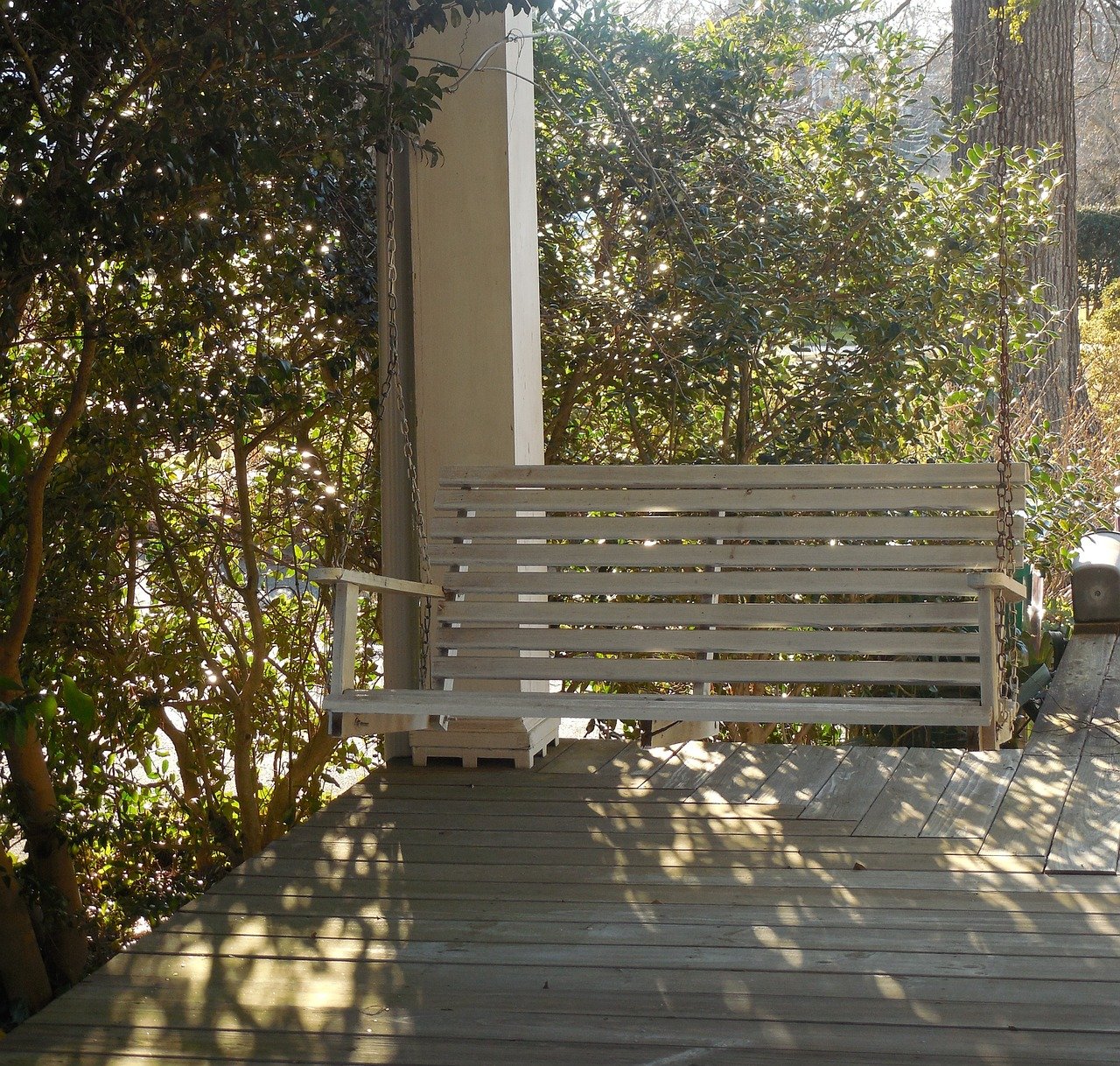 Day by day, as they spent much time together in the temple, they broke bread at home and ate their food with glad and generous hearts, praising God and having the goodwill of all the people. – Acts 4:46-47a (NRSV)

I had the privilege of working for the U. S. Census Bureau in 2020. I went to homes that hadn’t turned in their census questionnaire and helped them do so.

One of the places I was sent was northwestern Louisiana, in the Shreveport area. I went to some areas of extreme poverty. Houses that I thought couldn’t possibly have people in them often surprised me when doors opened.

It was in those areas that I often noticed people congregating on their front porches. Talking, laughing, sitting easily with each other. Barely any were looking at smartphones because barely any had them.

Similarly, people in the early church didn’t have much stuff because they gave it away to those who needed it. They were poor in things, but rich in heart. They congregated in homes, talked, laughed, and sat easily with each other.

It might be that the more stuff we have, the farther we move from each other’s porches. Instead of knowing our neighbors we build fences. We install security systems and buy video doorbells to monitor those who approach us.

Jesus once said that while foxes have dens and birds have nests, he didn’t have any place to call home (Matthew 8:20). Perhaps that’s because he made his home on the front porch of the homes of others. He expects his followers to do the same.

Today’s passage ends with, “…and day by day the Lord added to their number those who were being saved.” (Acts 4:47b)

There’s something about meeting on the front porch that money simply can’t buy nor stuff replace.