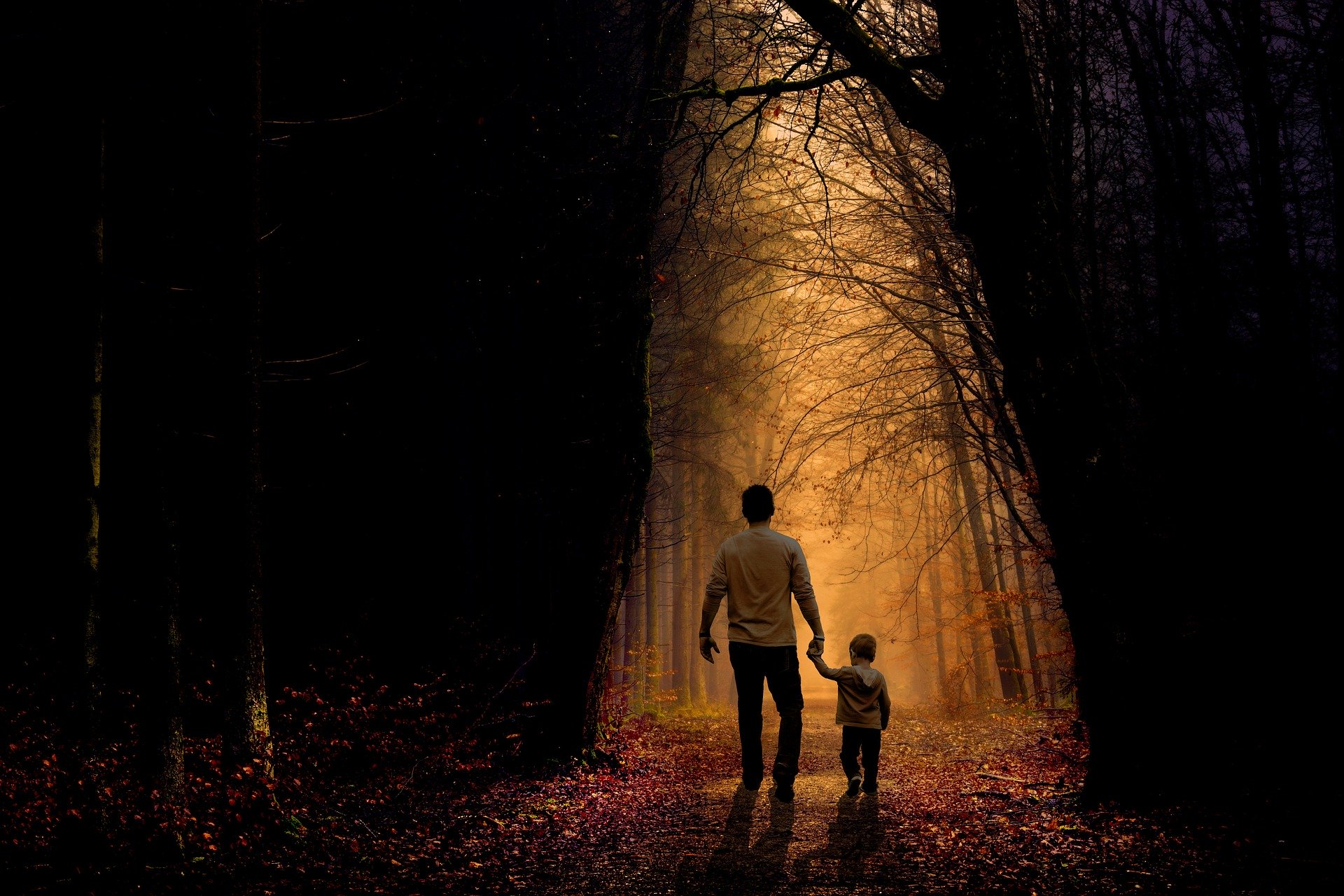 I was about six when my dad and I took an overnight train to Chicago. It was high adventure for me. We were in a sleeping car, with fold-out-from-the-wall bunk beds. I was in the upper, and dad in the lower.

In the middle of the night I woke up, not realizing where I was, and was terribly frightened. I called out, “Daddy! Daaaaddddyyyy!!!!”

I think I remember the “thunk” as he sprang up and hit his head on the bottom of my bed. He patted my chest gently and said, “It’s OK, Greggie, daddy is here. It’s OK.” Just his touch and his words were enough. I went back to sleep quickly. But dad, with a bump on his head, probably was up the rest of the night.

My father faced many difficulties in his life, living through the Great Depression being just one of them. But he had no difficulty whatsoever in loving his children. It was as close as I can imagine a “perfect” love being. An unwavering, sacrificial commitment to his kids.

When I was with dad, I wasn’t afraid.

In scary times, it’s more important than ever to let love drive out fear. Love that bonds a parent to a child. A Savior to his people. A Creator to the created.

I subscribe to the late Henri Nouwen’s daily meditation. In one sent March 23, 2020 (in the midst of the pandemic), he spoke beautifully of the connection between love, fear, and hope.

“It is central in the biblical tradition that God’s love for his people should not be forgotten. It should remain with us in the present. When everything is dark, when we are surrounded by despairing voices, when we do not see any exits, then we can find salvation in a remembered love, a love that is not simply a wistful recollection of a bygone past, but a living force that sustains us in the present. Through memory, love transcends the limits of time and offers hope at any moment of our lives.”

[[PS–When our son was three, in the middle of the night he cried out, “Da da! Da da!” I rolled out of bed half-asleep, stumbled into the closet thinking it was the hallway, and got caught up in hangers. “Da da! Da da!” I finally made it to his bed, knelt beside him, and put a hand on his chest. “What’s wrong, son?” He looks at me, throws his small arms around my neck, squeezes, and says, ‘Love you Da da,” and goes back to sleep. I, like my Dad, was up the rest of the night. Payback…but it was worth it.]]