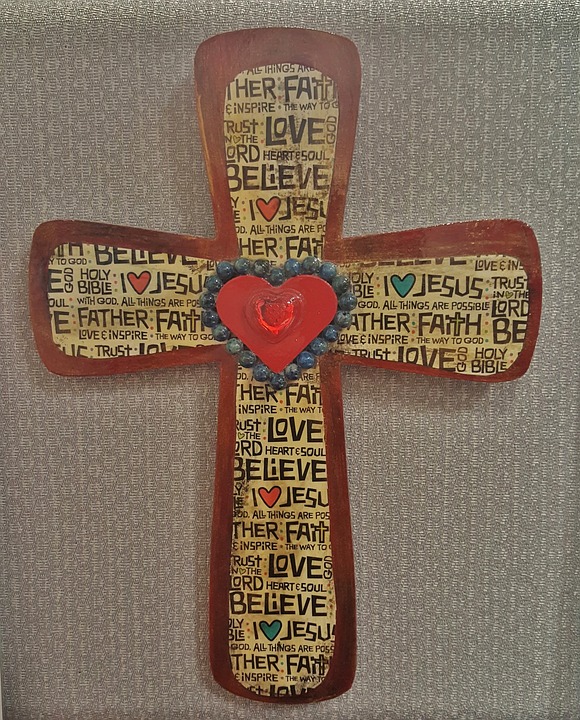 Light shone down from heaven in a seminary classroom one afternoon. It’s stuck with me all these years.

The theology prof provided this moment of clarity when he said that there are basically only two theological orientations. We all fall, in varying degrees, into one of them.

This is the group seeing the world as a fallen place in need of the blood of Christ to salvage it. Adam and his original sin had to be atoned for. Jesus, the second Adam, died in our place. This is Good News, saving us from hell. Our duty is to believe, repent of our sin, accept new life, and share this news with others.

Redemptionists are the twice-born Christians. Those who have sinned dramatically will experience salvation dramatically.

The second group he labeled “incarnational.”

These believers, while acknowledging sin and evil, focus on God calling creation “good.” They don’t believe that anything humans do can turn the world bad. God taking on human flesh reflects just how much creation is loved. We can look for and celebrate the good without fearing that everything is tainted by sin.

Incarnational people are once-born Christians, as psychologist William James tagged them. They may not have sinned dramatically and respond to altar calls, but they love Jesus and embody his teachings in everyday life.

How This Plays Out Today

This Rosetta stone of the incarnational/redemptionist dichotomy helps me interpret what’s happening in the polarization of modern Christianity. It certainly illuminates the tireless debate surrounding LGBTQIA+ issues.

On the redemptionist side you have Garry Ingraham. He is executive director of the Love and Truth Network. In a Wesleyan Covenant Association post, he stated that he once identified with the LGBTQIA+ community and embraced homosexuality. However, with the help of Christian men he followed Jesus out of this “broken” identity. Now he heads a ministry that helps people be redeemed from the consequences of violating “God’s standards for sexual purity.”

On the incarnational side you have South Bend mayor Pete Buttigieg. He is gay, married, and a professed Christian. He does not see his orientation as a choice requiring repentance, but rather as something that reflects how God created him. Thus his famous quote: “If being gay was a choice, it was a choice that was made far, far above my pay grade. And that’s the thing I wish the Mike Pences of the world would understand. That if you got a problem with who I am, your problem is not with me — your quarrel, sir, is with my creator.”

This theological difference is rooted in a deeper, psychological/emotional one. We’re each born with personality defaults that process things differently. We each have a unique way of looking at the world and assuming it’s the “right” way. (See Jonathan Haidt’s The Righteous Mind: Why Good People Are Divided by Politics and Religion.)

So, we’re drawn to the religious orientation that best suits our personalities and emotions.

If I am most comfortable in a rules-based world, with clear-cut standards given from a no-nonsense God, then I’m absolutely going to go redemptionist. I have no choice. I will also read the Bible more literally, bending my reason to what it says. I will see God as demanding what Richard Rohr calls “retributive justice:” God’s rules have been broken and, unless you repent, you will pay the price.

If I am most comfortable in a relational world, where God has created all things good, then I’m going incarnational. I have no choice. I will also read the Bible less literally and use my mind and experiences to discover that divine good, both in myself and the world. Jesus’ unconditional love provides “restorative justice:” we are loved into the people God wants us to be.

If this great religious chasm is going to be bridged (and that’s a big “if”), it’s going to have to be in the arena of the heart, not the head. Arguing theology and Bible only serves to entrench each side in their own righteousness, like similar poles of a magnet repelling each other.

The heart, though, can be a lot more accommodating. It expresses itself when two people relate to each other as human-to-human: honestly, humbly, and without judgment.

Like Jesus did. He connected to people label-free, judgment-free, whether they were an adulterous woman or a righteous Pharisee. He was high on commending and low on condemning. If Jesus chose to neither judge nor label, do we have any other choice? Slamming down the gavel isn’t in the disciple’s job description.

If I’m a redemptionist, I bridge the gap by honoring the love of a lesbian couple that’s been in a committed, monogamous relationship for thirty years. I won’t condone, but neither will I judge. In the process, I might broaden my understanding of love and marriage by knowing them.

If I’m an incarnationist, I bridge the gap by listening with an open mind to the faith and values of evangelicals. I draw the line at exclusion, but I hear what’s important to them and why they believe as they do. In the process, I might re-think some of my own standards.

We will never agree. But the epitome of self-righteousness, self-entrenchment, and self-deception is to say that we can’t show a little 1 Corinthians 13 love to each other.

In the intersection we’ll find the heart. And when the heart is touched, the mind is changed.

5 thoughts on “Does Our Religious Orientation Choose Us?”