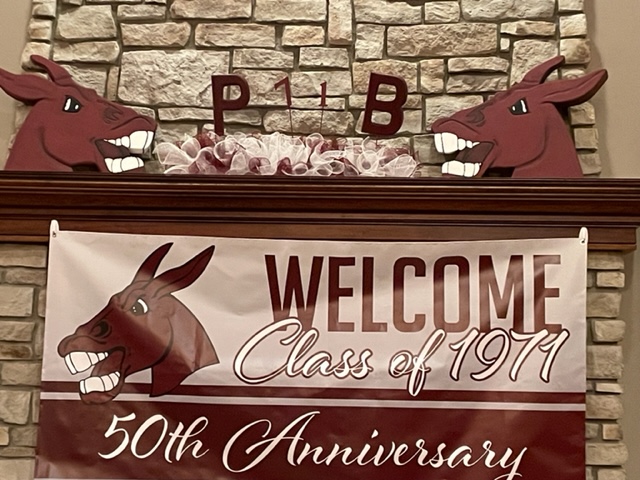 Intending to look mortality squarely in the eye, I recently attended the 50th reunion of my high school class in Poplar Bluff, Missouri. It turned out to be a lot of fun. Something strange happened, though.

Someone brought up the name of Sam Giambelluca. He had been a leader in local sports when I was growing up. Without thinking, I said, “He ran a shoe store, didn’t he?”

No sooner did I say that than I thought to myself, “Where did that come from?” It’s not like I wake up every day thinking about Sam’s occupation. Rather, that memory was stored in a tiny safety deposit box locked in the back corner of a dusty memory vault. His name was all it took for it to be pulled out and unlocked.

As children, we trust those who love and care for us. What we observe and hear we tuck away as ways to navigate life. As developmental biologist Bruce Lipton has said, “Young children carefully observe their environment and download the worldly wisdom offered by parents directly into their subconscious memory. As a result, their parents’ behavior and beliefs become their own.” (from Biology of Belief)

If there was ever a reason to stop and reflect on why we believe, act, and speak as we do, it’s this one. As a child, I’m going to accept as gospel what those who love me teach and demonstrate. I’m going to grow up with that as my unconscious default. Hopefully my parents passed down values and lifestyles that have helped me be a better person.

But no family is perfect, right?

Let’s be specific. I believe a main contributor to the perpetuation of prejudice and stereotyping are things we absorbed from people who love us. Since the beginning of our Homo sapiens ancestral line, we’ve been separating ourselves from each other. We divide people into us and them because it’s safer. We don’t do this because we’re mean, but because we’re fearful and want to protect ourselves and our offspring.

The growth of the early church came about because it offered a way of living that was an antidote to such unconscious familial poisoning. It provided a family with a countercultural set of values. “Love your neighbor as yourself” wasn’t something embodied much in Roman society. Accordingly, the first Christians focused on breaking down walls and including people, rather than building barriers and excluding them.

Unfortunately, a movement that transmitted memories of unconditional love and inclusion has occasionally been hijacked. Whenever Christians advocated separating from each other over some disagreement, they displayed spiritual amnesia. Debates over doctrine, the Bible, slavery, women’s rights, and, now, sexual orientation reveal how much we’ve forgotten the teachings of the one who said love God and others with your whole heart.

I’m convinced that the duty of every Christian is to constantly question where their beliefs/attitudes/biases come from, and why they may still hold them even when exposed by the stark light of the Good News. Honest reflection and repentance are keys to clearing out our memory vault of those things put there by well-intentioned but misguided people, whoever they may be.

It takes a lifetime of work, but it will make the world a better place. It will also help make the church what it is meant to be.

6 thoughts on “A Strange Thing Happened at My Reunion”